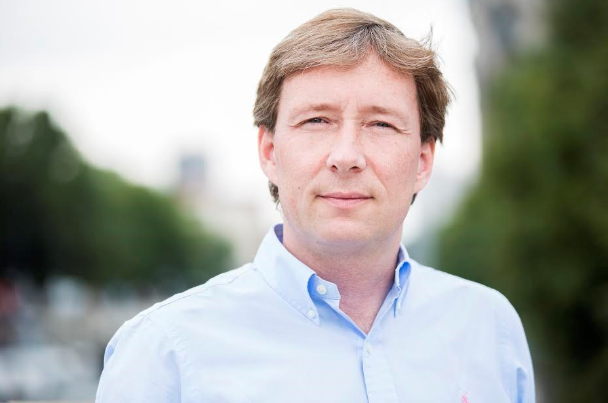 Spotcap officially launched in 2014 with the aim of serving small- and medium-sized enterprises (SMEs) with tailored finance, thereby allowing them to focus on what really matters: their businesses.

In November 2016, the global SME lender expanded into the UK market.

In an exclusive interview with Bridging & Commercial at LendIt Europe 2017, Niels Turfboer, managing director of Spotcap UK & Benelux (pictured above) gave an insight into the company’s plans for UK SMEs.

Despite entering the UK financial sector just a few months after the Brexit vote, Niels explained that Spotcap “didn’t see it as a disadvantage”.

“We thought about it as a company and came to the conclusion that it’s not per se a disadvantage.

“First and foremost, the UK economy with 5.1 million SMEs is extremely strong, and I also know that the UK will find ways to keep the economy going.

“There has been a clear commitment from the previous government and the current one to continue to invest in the SME sector.”

Spotcap supports SMEs across all sectors, with Niels declaring that the most important factor for the lender was the stage the SME was at in its development.

“We don’t lend to start-ups and mainly work with more mature companies.

“If you take a snapshot of the average SME that we serve, it will probably have a turnover anywhere between £1m-50m, around five to 10 employees [and has] been around for seven years.

“We are sector agnostic and really base our analysis on the merit of the company, and not the sector they come from.”

Spotcap is headquartered in Berlin with a local presence in Spain, the UK, the Netherlands, Australia and New Zealand.

The lender – which currently has 120 employees, a 50% increase since 2016 – has already cemented its presence in the UK SME finance sector having expanded its team in July.

“We’re a global company, but expansion needs to be scalable and it needs to make sense from a more strategic perspective.

“The Netherlands and the UK are comparable markets. So far, the Netherlands is our strongest market, but I have to say that the UK is catching up very quickly.”

Since the announcement of the UK leaving the EU, there has been uncertainty in the financial sector – especially in terms of lending.

Despite this, Niels explained that Spotcap had a positive mindset for the next five years.

“Well, five years is a very long time, and I wish I had a crystal ball, but I’m very pleased with the way it’s going. We have developed a lot of interesting partnerships and a strong network of intermediaries.

“We don’t aim to be the biggest SME lender. We aim to – in our niche – be one of the best in class and I see ourselves being there in five years definitely.

“We have already established ourselves and I think we will really be cementing Spotcap as part of the UK finance landscape.”