More businesses looking to purchase premises outright is 'no surprise' 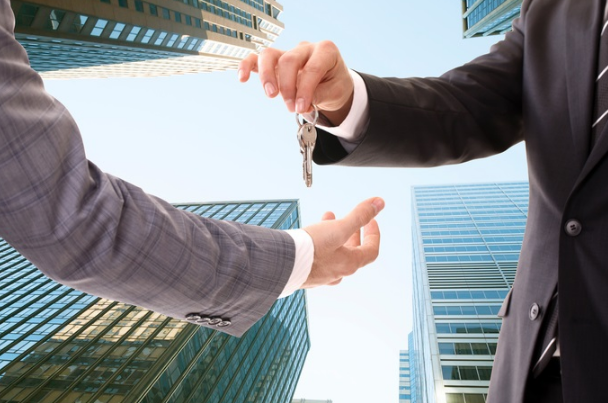 According to master broker Thistle Finance, it is no surprise more businesses are looking to purchase their premises outright, given that, in many cases, it's cheaper to buy than to rent.

As a result, Savills anticipates that more lenders will offer longer-term, fixed commercial mortgage products as they look to harness the current market conditions.

Jacqui Morton, associate at its business space agency team at Savills Scotland, told Bridging & Commercial that it had received a constant drip of enquires for office property in and around Glasgow over the last 12 months from individuals and businesses for offices for sale.

“It is a long way off becoming a more popular option than renting, but interest is picking up,” said Jacqui.

“There seems to be more access to commercial mortgages, which is good.

“But equally, we still get a lot of enquiries from [self-invested personal pension] SIPP-backed purchases, as well as out-and-out cash purchasers if the lot size is small enough or the company is cash rich.

“Rents are getting more expensive and many business owners don’t see the merit in paying the money out to someone else.”

Savills reported last week that commercial property investment across the UK was up 66% in January, while Aldermore recently introduced a seven-year fixed commercial mortgage product and claimed that companies owning their own business premises was becoming more popular.

“As a lender, we are seeing more enquiries from business owners wanting to try to purchase their trading premises, the seven-year fix gives certainty of repayment for a good amount of time, meaning that regular cash flow can be budgeted for,” explained Caroline Luxmore, head of commercial mortgages at Aldermore.

Why are more businesses looking to own rather than rent?

"Given that, in many cases, it's cheaper to buy than to rent, it's no surprise more businesses are looking to purchase their premises outright,” said Mark Dyason, managing director at Thistle Finance.

"The ability to fund, or part-fund, the purchase of commercial property through a self-invested personal pension is also providing a growing incentive to many business owners.

"This is even more [so] the case now that buy-to-let is on the back foot.”

“There are tax benefits of the directors/shareholders of a company owning their commercial property through a SIPP in particular.”

Michael added: “Changes to the accounting treatment of leases has encouraged many companies to buy their own premises.”

Jon Salisbury, managing director at Ortus Secured Finance, believed that commercial property in the right location could give investors a good risk-weighted return compared with residential.

“There can also be opportunities to add value by re-working leases.

“For owner-occupiers, buying can be more cost-effective than renting, especially for businesses which need to invest in the fabric of their premises.”

Meanwhile, Paul Riddell, head of marketing and communications at Lendy, added: “If someone is looking for a property for their own business, there are certainly attractions to owning rather than renting, including long-term security of tenure and potential increases in capital value.

“It’s good to see challenger banks supporting British businesses that want to buy their [own] premises.”

What are the downsides to owning?

“Most businesses rent their property because they either value the flexibility or they don’t want to tie up working capital in a fixed asset.

“The trend is going towards shorter leases, or co-working.”

Robert Collins, director at Sirius Property Finance, added: “The cons are that you have less flexibility if the company needs to grow or contract or move for strategic reasons.

“You also need a 20-30% deposit, so borrowers need to be comfortable that they can afford to invest that capital.”

Jacqui also warned that rents/values can go down as well as up.

“If you pick the wrong product and the premises become vacant, then there is a risk of no increase in value or being left with trying to sell a product that does not suit anyone and, therefore, is not worth as much as you paid for it to begin with, so you need to make sure that you pick well and get good advice.

“If you rent your premises out, most tenants are good, but some tenants are unscrupulous and will move out of premises with no notification, neglect to maintain premises, fail to pay rent, rates, service charge etc, leaving you with a headache and potentially out of pocket.”

Mark said: “Competitive, longer-term fixed rates clearly have an appeal as they offer predictable payments and peace of mind in what with Brexit and the threat of looming rate rises is an ominous economic environment.

"The market is already fairly healthy, with some lenders not even charging ERCs, but more providers coming in and offering increased product choice can never hurt.

“It's a market that is without doubt set to grow in the months and years ahead.”

“One thing commercial borrowers need to remember is fixed rates often cost more than variable rate lending, so buying peace of mind comes at a price.

“Traditionally, commercial mortgage lenders have offered three- or five-year fixes and these have served the market well and stood the test of time.

“I’m not convinced stretching five years to seven is necessary, and borrowers would do well to remember we live in a rapidly changing world where having a good balance of fixed and variable rate debt can create greater flexibility than simply fixing beyond five years.”

“Historically, they haven’t proved popular and people that have taken very long term fixed products have been caught out with sometimes very high redemption penalties.

“I think most people can’t see what their micro and macro circumstances will be beyond five years.”

Robert added: “We have traditionally placed a lot of this type of business with the high street lenders and they have always been willing to offer longer-term fixed rates on a case-by-case basis.

“I think now that interest rate rises are a bigger topic of conversation, lenders may use headline fixed rates as a tool to generate more [enquiries] for their products.”

LendInvest has provided a Â£348,000 refinance on commercial land in Southend, which had its sale delayed due to Covid-19....

The chancellor of the exchequer, Rishi Sunak, has announced that from today, the government has raised the stamp duty threshold to Â£500,000 in a bid to drive growth and support jobs across the housebuilding and property sectors....