Is 53 days too long to complete a commercial real 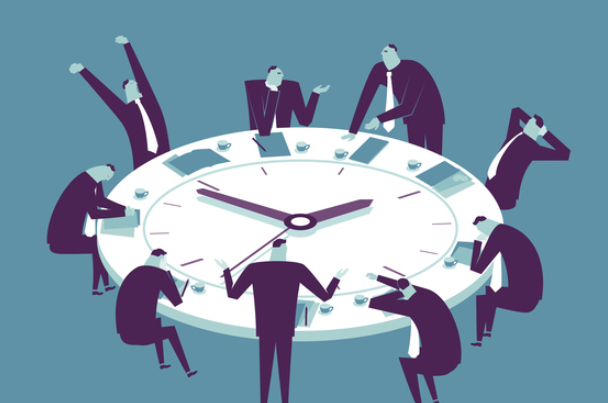 Some commercial real estate lenders don't even know that they are getting slower, one commercial finance broker has claimed.

The comment followed recent research from Link Asset Services, which found that it now takes, on average, 53 days to get a commercial real estate loan.

This is a seven-day increase on the average reported in Link Asset Services’ last report published in March 2017.

Should completion times be this long?

“They may contact a lender well before they bid, and therefore it is quite easy to see 50 days between first touch and completion.

“Any longer than that is likely to be down to the internal processes of the lender.”

However, Robert Collins, director at Sirius Property Finance, felt that on average the completion times should not take as long as 53 days.

“You do get complicated cases in the commercial world that can take a lot of structuring, but most of the time seems to be lost at the legal stage.

“Most commercial lenders insist on two sets of solicitors to act on the case and quite often we find clients’ solicitors are either inexperienced in commercial conveyancing or find themselves arguing over technical points with the lender’s law firm.

“All of this creates delays on the completion.”

Shahil Kotecha, CEO and principal at Pivot, agreed, adding: “On a standard transaction there should be no need for it to take over a month to complete a transaction.

“In an age of advanced technology, automation and straight-through processing, turnaround times should be reducing.”

Why have completion times increased?

“Some lenders don’t even know they are slow and getting slower,” said Chris Whitney, senior broker at Enness Commercial.

“One lender this week said it would take three weeks to go to credit and two to three months to complete.

“They were genuinely surprised when they lost the business opportunity because of this.

“Many work in their own little bubble and have nothing to benchmark themselves against.”

Chris felt that the time taken to complete a loan had been steadily increasing for years.

“So much so, we now have a whole industry of more expensive lenders who can complete in a more timely manner because of it.

“I think times have increased for a number of reasons.

“We have seen valuation report turnaround times take longer, many firms not being able to recruit enough surveyors.

“We have also seen an increase in down valuations and other issues in reports, which have often meant a renegotiation of terms.

“Also, to be fair, some transactions don’t need to be done quickly, so where no one is pushing or there is no deadline, the process tends to ‘wander’ until it becomes urgent.”

“Our own records show business levels went up circa 8% last year.

“This puts pressure on lenders’ workloads and, therefore, means cases inevitably slow down.

“Lenders are looking to gear up on staff but, of course, there is then a time lag to allow for training and then mandating after.”

“It is important clients choose a lawyer who knows them – and ideally the property – very well,” said Jon.

“This means the complexities which apply to so many commercial properties can be sorted at the outset.

“It is also important lenders adopt a can-do attitude in terms of resolving issues.

“This doesn’t mean taking a view on everything, rather suggesting solutions based on their prior experience.”

Robert pointed out that Sirius had seen more lenders use title insurance to speed up the legal process or have a recommended panel which understood the legal requirements.

Chris said: “It seems common sense, but you would be amazed how many solicitors email halfway through a deal to say: ‘I will be away for two weeks as of tomorrow, but don’t worry as Doris will be dealing with the case’.

“Inevitably, Doris hasn’t been fully briefed and is busy enough with her own cases, which means very little happens for a fortnight.”

Ludo added: “Reaction times and completion times are largely about the attitude of the lender.

“Banks often take three to four months to complete a loan, whereas non-bank lenders are geared up to complete in a matter of weeks, if not days.”

Paul Riddell, head of marketing and communications at Lendy, claimed: “Since the credit crunch, banks have built up enormous bureaucracy around how they put loan offers together, which means even getting a decision can take up to three months.”

Shahil believed that improvements could be made through a combination of the increased use of technology and increased education and training.

“One of the best ways of reducing end-to-end times is through an application of lean processes, which includes increasing the amount of information that comes to the lender upfront, reducing waiting times etc.”

Are completion times likely to reduce during 2018?

“I hope that they will drop – competition is increasing in the commercial sector and innovation should drive efficiency, but we will see,” said Robert.

Shahil wasn’t as confident, adding: “I believe they are likely to stay the same or increase in the short term as the market continues to grow.

“However, as lenders look to gain market share and implement new processes, we’re likely to see these times come down.”

Chris concluded: “…I think the most we can hope for is that they stay the same, but sadly can see the overall picture getting worse until certain lenders realise that their processes are protracted and illogical and have the motivation to do something about it.

“That might only come when they realise how much business they are losing because of it.”