Lack of information SMEs have on Brexit is a 'concern' 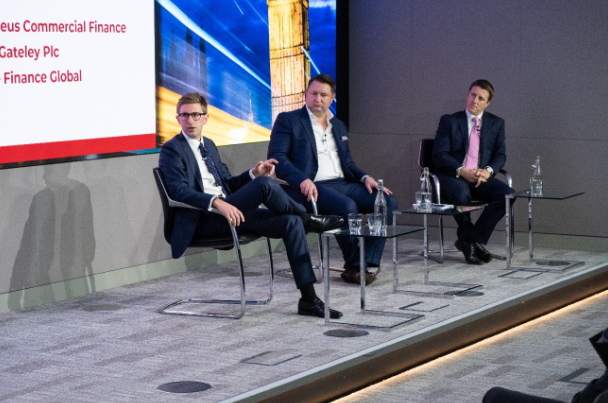 Simon Willmett, director at Nucleus Commercial Finance, believes that the lack of information that SMEs have with regards to Brexit was a "concern".

The comment was made at the Ultimate Business Guide to Brexit event at the London Stock Exchange, which discussed ways for UK businesses to prepare for the impact of the UK’s departure from the EU.

When asked whether they thought SME businesses were being considered by the government in the deal it was trying to secure, Simon said that he hoped that they were.

“I hope that they are being considered, but the lack of information that I think SME businesses have got is a concern.

“I think there are so many global issues that they are still trying to sort out, that to get down to the granular points on how it affects individual businesses and sectors, I think they are still a million miles away on that at the moment.”

Gareth added: “Aside from the agricultural sector, it looks like we are not going to have a special scheme to address the obvious shortages that we are going to have in labour supply in [certain] skilled sectors.”

Gareth said that, so far, it was “not particularly encouraging”.

Business leaders and professionals in attendance took part in a live poll throughout the event, which revealed that 56% of the room had not started making plans for their business in preparation for Brexit.

Meanwhile, 68% of attendees were doubtful there would be a Brexit deal by the March deadline.

When asked what the main concerns were for businesses with regards to Brexit, the respondents replied:

Chris Southworth, secretary general at ICC United Kingdom, who opened the event, said that leaving the EU was the single largest change to UK trade policy in over 40 years.

“It has huge ramifications for companies from a trade, legal and financial perspective.

“Companies need to start identifying risks to skills and employment, mapping inputs and outputs and whether these may be affected by tariff or quota changes or system changes on the borders, communicating to overseas partners to keep them informed of decisions, identifying changes to regulatory compliance and speaking to the bank to check for any potential changes in cash flow and access to finance.”

Mark added: “Trading businesses are preparing for Brexit by diversifying both their suppliers and customers to manage potential supply-chain disruptions.

“We are seeing an increasing number of companies attempting to analyse the likely impacts of tariff changes, including transit delays and the impact on stock levels.”

White Oak UK has announced that more than Â£30m in Coronavirus Business Interruption Loan Scheme (CBILS) lending has been provided to new and existing customers over the last six weeks....

Aspen Bridging has announced that June 2020 was one of its best months on record, having approved Â£294m of deals across 382 cases....