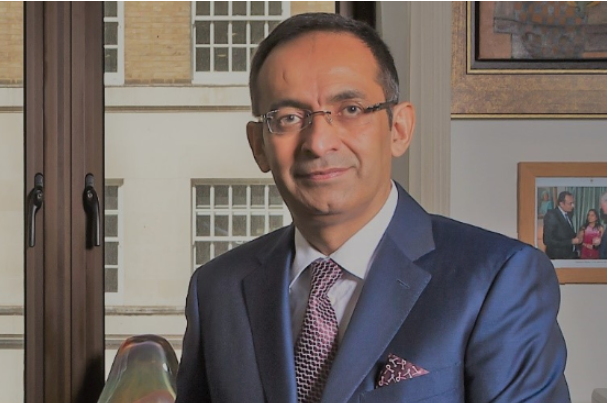 Coming exactly five months before the UK formally leaves the European Union, many people expected the chancellor's 2018 Autumn Budget to be lacking in substance.

However, when at the Conservative party conference in early October Theresa May boldly stated that the days of austerity were coming to an end, Philip Hammond’s speech took on added significance. With Brexit looming on the horizon, were we really going to see a marked shift in the government’s economic policy, with public spending rising and taxes cut?

In truth, what was delivered trod the usual safe line, offering a few headline-making policies in among broader rhetoric and reforms that had already been touted. Nevertheless, there were a number of interesting points for the property sector to take note of, from lenders and brokers to landlords and developers.

It was also revealed that SME developers would be allocated £1bn to help them build more new homes. It’s very positive to see small- and medium-sized housebuilders receive this support.

A report in 2017 found that over the past 25 years, the number of operating SME builders had reduced by 80%. What’s more, a separate survey recently revealed that the majority of small developers (57%) identified access to finance as the biggest obstacle they currently face.

If more new houses are to be built in order to meet demand for property ownership, it is vital that all parts of the construction sector are engaged and supported. As such, the government’s move to help SME housebuilders secure capital that will enable them to bid for and complete projects is very much welcomed.

The chancellor also alluded to the findings of Oliver Letwin’s report on property developers, which has purportedly shown that large housebuilders are not engaged in systematic land banking. It will be interesting to see the full response to the report in the new year.

Investment in infrastructure and new builds

Elsewhere, the Budget contained the usual spattering of announcements pertaining to investments into the UK’s physical and digital infrastructure. This year there was a particular focus on improving the country’s roads; a £30bn package was unveiled for this purpose, including repairs to motorways and potholes.

Enhancing transport links and, in turn, boosting the general desirability of regional property markets is always encouraged by those in the real estate industry, so this was another piece of good news.

More generally, Hammond inevitably stressed the government’s commitment to increasing the number of new builds being constructed across the UK. A further £500m was added to the housing infrastructure fund, extending it to £5.5bn, as Westminster bids to reach its target of unlocking 650,000 new homes.

Such actions should not be scoffed at, but scepticism will remain until these targets are consistently hit. This point becomes even more pertinent in light of the merry-go-round approach the government seems to take when it comes to the position of housing minister.

In July, Kit Malthouse replaced Dominic Raab as the latest MP to hold the title. He is the eighth such minister since 2010 and the fourth in the past two years. With such a high level of churn in this department, one cannot help but worry that investment ploughed into achieving new-build targets will be ineffectively spent and poorly supported by broader policy reform.

Consequently, while it is promising to see the government making the right noises when it comes to tackling the UK’s housing crisis, a more serious commitment needs to be made in ensuring consistency and stability in the office of the housing minister. This is the only way meaningful, long-term results can be delivered.

As for the usual round of tax changes, there were several parts of the chancellor’s speech to take note of. First, while landlords were not directly mentioned, they will have been pleased with the raising of personal income tax allowances to £12,500 for the basic rate and £50,000 for the higher rate as of April 2019.

Equally pleasing to see was Hammond cut stamp duty for shared ownership properties valued at up to £500,000. Furthermore, the government will also be backdating the policy, meaning it will be applied retrospectively for homebuyers since the last Budget.

The government also made another announcement that will benefit those striving to get on the property ladder: it is going to extend the Help to Buy scheme by another two years, meaning it will run until 2023. Although the scheme will become more restricted for these two additional years, this support will certainly enable more people to buy their first homes.

Foreign property buyers were less fortunate, as the Conservative party proposed a 1% stamp duty surcharge for non-residents buying property in England and Northern Ireland. The policy is to be reviewed, with a consultation to be launched in January 2019.

Given the huge contribution real estate acquisitions make to GDP, it seems dangerous to deter international buyers from pursuing property deals in the UK. Understandably, the government wants to ensure domestic buyers have preference over international rivals, but we must also nurture a world-leading market for bricks-and-mortar investment; with Brexit fast approaching, alienating foreign investors could be a risk.

Of course, underpinning all the aforementioned policies unveiled on Monday, there is the thorny issue of Brexit. One must ask: how many of the fiscal commitments made in the 2018 Autumn Budget will come to fruition after the UK leaves the EU?

Before making his speech, Hammond stated that if the UK could not secure the right Brexit deal – or indeed, if ‘no deal’ were the outcome – then the Budget would need to be re-assessed.

This adds a caveat to the entire Autumn Budget; how can the government make five-year financial plans when no one knows what the political and economic landscape will be – both domestically and internationally – in five months’ time.

Greater progress in Brexit negotiations is clearly needed, and fast. One must hope that the government remains true to its word that the positive elements of this week’s Budget will go ahead, however talks with Brussels unfold. After all, the property sector has remained resolute since the referendum and we must continue to build on this; we must ensure the UK has a dynamic, healthy and progressive marketplace for developers, landlords, homeowners and renters alike.