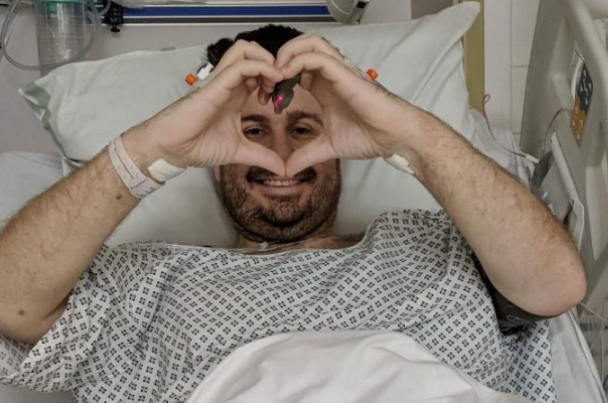 Bridging & Commercial can reveal that the industry raised £11,200 for Lee Albino (pictured above) at its recent awards ceremony.

Lee is a regional development manager at Shawbrook, and the funding is being raised to help him to buy a bionic leg.

Sadly, he requires the new leg due to having his leg amputated at the hip due to cancer.

Money was collected at the 2019 Bridging & Commercial Awards for Lee, while many donated to his JustGiving page, which has now raised £48,765, 81% of its target so far.

On the day of the awards and the 24 hours after, nearly £4,000 was raised on his JustGiving page.

A silent auction was also held with help from Impulse Decisions with various items up for sale, including sports experiences, luxury holidays and signed memorabilia.

Phil Gray, managing director at Watts Commercial Finance, said: “As many of B&C's readers know, our friend and colleague Lee Albino is currently undergoing intensive chemotherapy following his diagnosis with cancer and the amputation of his leg at the hip in March.

“Lee is putting up a tremendous fight with every ounce of strength and dignity he has, and the phenomenal support he has received from the industry continues to spur him on.

“I was delighted to have been invited to make a speech at the B&C Awards in Lee’s honour, which kept him at the forefront of everyone's minds and prompted over £11,000 in donations on the night.

“I would personally like to say a massive thank you to Caron [Schreuder, managing director], the team at Medianett and everyone who has contributed to Lee's fund so far for their generosity and continued messages of support.”

Caron added: “We are absolutely delighted to have been able to facilitate another huge step towards reaching Lee’s fundraising goal — the industry really pulled together on this one.

“While Lee has an immensely challenging time ahead, he has the support and love of his peers.