How has the bridging market changed across the UK? 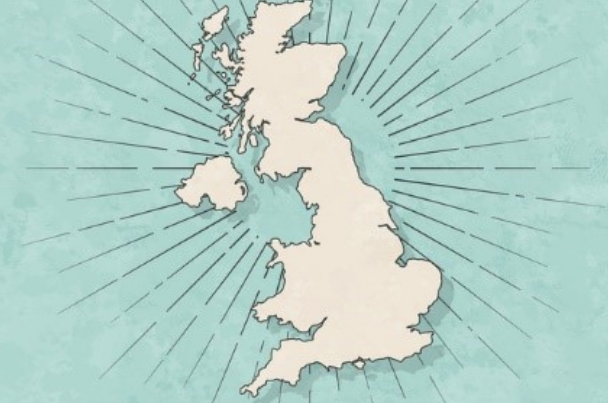 A number of regions across the UK have seen an increase in bridging activity, according to experts in the sector.

In this sense, how has the bridging market in certain locations changed and developed over the years?

Bridging & Commercial spoke to lenders and brokers from a selection of regions across the UK to find out how their part of the market was faring and what they expected to see from it in the future.

Richard Showman, head of lending at Mint Bridging, claimed that the number of lenders in Manchester’s city centre following the crash had declined, however, in the past five years, there had definitely been a strong rebound in the North West and the market was “flourishing.”

He added that the success of the Northern Powerhouse had led to an increase in renewal and development lending, which had generated tremendous opportunities for the short-term finance sector.

“Pending that the economy continues to prosper with our new prime minister, we’re confident that the North will keep attracting investors looking to develop their portfolio.

“You only need to look at the Manchester skyline to assess the [prospects] that will come from development opportunities, already echoed in many of the North West’s cities and towns.

“This tends to naturally have a trickle-down effect, whereby smaller investors then jump on the bandwagon and look to expand their property collection in the thriving region.”

Scott Marshall, managing director at Roma Finance, added that regeneration was a key strategic aim for many North West towns.

“This has led to an increase [in] the number of renovation projects across the region, and lenders have benefited from this increased activity in a favourable and growing market.

“Although we're seeing landlords consolidate their portfolios, there is still a huge demand from developers to capitalise on the booming job market in the North West as young professionals seek high-quality rental accommodation and HMOs.

“The opportunities within the student accommodation sector also remain healthy as the number of students in the North West remains high.”

Nick Jones, head of specialist distribution at Together, explained: “We’ve seen more investment in the North West in the past decade at the same time as bridging finance has become increasingly popular with property investors looking to expand their portfolios and maximise yields.

“Buyers from London and the South East, where prices are historically high, have been attracted to the North West, where house prices tend to be lower, but where the rental sector remains strong and return on investment remains higher.

“Now, we are finding that because of an increased investor appetite, more lenders and brokers are focusing their efforts on winning business in the North West.”

North East (including Yorkshire and the Humber)

Andrew Mackenzie, managing director at One Stop Business Finance, claimed that while the North East bridging market had grown, the supply had increased more than the demand for vanilla bridging loans.

“Our view is that the completion of the Brexit exercise (no deal or not) will kick start the housing market again.

“…There are more lenders in the region than ever … [those] who know what they are doing will make decent returns.

“We expect others to fail in the medium term.”

“The stability of house prices in the Midlands vs the South East, which has been more effected by Brexit, has seen many lenders with a traditionally South East focus open up to the Midlands,” claimed Jack Coombs, director at Aspen Bridging.

“Overall, the market has become more competitive, giving customers a better access to products and driving professionalism among those lenders and brokers based in the Midlands.

“The biggest growth here will be from the brokers who previously had an RMC [residential mortgage contract] focus and have now broadened their horizons in response to the growth of the specialist finance sector.”

Harriet Smith, head of bridging finance at Crystal Specialist Finance, added: “Bridging outside of London has taken off over the last few years as investors realise that there are opportunities outside of the capital.

“Obviously, the North West has long been a bridging hub, but now we are seeing more lenders have a presence in the Midlands in the form of offices or BDMs, as those with the traditional South East/M25 presence stretch their reach to follow demand.”

“Not only has the London market hit a ceiling, where price is concerned, but also with regard to returns where investors look to create and add value to an asset,” explained Gavin Seaholme, head of sales at Shawbrook Commercial Property.

“While the need for bridging finance is fairly static, more customers are looking at creating value with the combination of bridging and development finance, holding stock rather than selling.

“Investors are starting to move this money out of the capital and explore regional opportunities within emerging markets, such as Birmingham.

“Capital growth on assets will always perform better in this region but, depending on the investors’ strategy, yields will become squeezed unless investors look around for more diverse security types.”

Richard Deacon, sales director at Masthaven, added: “The London bridging market is always quite a volatile one as it is intrinsically linked with the London housing market, which, if you’ll forgive me for being a bit dull, absolutely fascinates me.

“Whether it is the multi-million-pound super apartments for the well-heeled, or the more common family homes that proliferate the country’s capital — every lender is at the mercy of a market that can sometimes resemble trading on the stock exchange.

“There are microcosms of geographical areas that are skyrocketing in value, [while] others are in a long winter slumber.

“Given the sheer volumes of transactions, there will always be a healthy number of bridging transactions within the M25, but the values given and perceived can differ daily.”

“…Most of our bridging is [in the] South East, so we have undoubtably seen an increase in both regulated and unregulated lending in recent years,” stated Phil Jay, director at Complete FS.

“The drop in rates over these years due to greater lender competition has made bridging more accessible.

“There’s been more willingness [from] regulated brokers to understand bridging, so this has led to more business.

“We have certainly seen more investor appetite this year, ranging from the first-time investor/developer to the more experienced.

“Availability of funds with the bridging lenders has meant these loans are more accessible and competitive.”

"There are certainly more players in the market, but what we see is that even experienced property developers struggle to fund their projects," said Roxana Mohammadian-Molina, chief strategy officer at Blend Network.

"The barrier to entry in the bridging market is relatively low, so we have seen more players enter the market, but as soon as you have a non-vanilla, quirky deal outside large towns, then there is less appetite for lending.

"Our own in-house research and third-party research suggests the region is poised for strong growth on the back of solid fundamentals."

Nathan Ellis-Calcott, director of specialist lending at Your Expert Group, claimed that the change in the Scottish bridging market in recent years had been nothing short of dramatic.

“There are more lenders, more products, better rates and more broker knowledge on the ground.

“The professionalism, choice and knowledge that have been the norm in the South of England for the best part of a decade have now made it north of the border.

“Expect more growth, and lots of it.

“While the market has developed considerably in the past few years, it is still evolving in Scotland and there is plenty of scope for further expansion.

“Again, expect to see more investors, more lenders and more brokers, and for the whole sector to mature considerably from an infrastructure point of view.

“It’s an exciting time to work in specialist lending in Scotland.

“There’s a real buzz up here.”

“Bridging and alternative funders have always featured in the Northern Ireland market, however, it is really only in the last four or five years that this style of finance has come to the fore as a consistent alternative to traditional sources of finance,” added Shane Donnelly, director of Northern Ireland at Ortus Secured Finance.

“A key factor in this development has been the limited appetite of clearing banks to support asset-backed borrowers.

“Our own experience in Northern Ireland has been excellent with growing awareness and demand for our products prompting our decision at the start of this year to establish an office and team dedicated to the region.

“Northern Ireland clearly faces a number of challenges in the near future, including the eventual outcome of Brexit negotiations and the resumption of our devolved government.

“Notwithstanding those challenges, I fully expect the bridging market will continue to grow as brokers and borrowers become more aware of their options.”

“Given the growing nature of the economy, it remains clear that alternative lenders are filling the gap left by the high street banks, who continue to show a lack of desire to lend outside the ‘hot city’ locations,” said Jon Preston, sales director at Signature Private Finance.

“For us, this lack of interest from certain lenders to do business in less obvious property hotspots, like Wales and Scotland, is helping drive our growth strategy.

“It’s important to realise the broker market is well established and strong in England and Wales, yet is less well developed in Scotland.

“We are now seeing businesses in the professional services sector recognising the opportunities to make money afforded by collaborating with alternative lenders.”