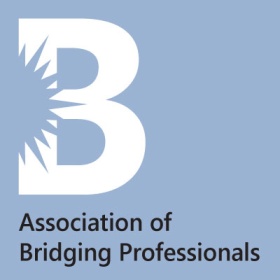 At its AGM last week, the Association of Bridging Professionals (AOBP) announced that Russell Martin is to succeed Rob Jupp as the group's chairman.

At its AGM last week, the Association of Bridging Professionals (AOBP) announced that Russell Martin is to succeed Rob Jupp as the group’s chairman.

Brightstar CEO Rob held the role from 2013-2015 and now passes on the baton to Finance 4 Business Director Russell who was delighted to have been given the opportunity to lead the organisation.

“Each of the past chairman have left an indelible mark on the association and legacies remain that have provided the foundation upon which it has been built,” said Russell.

“I hope to continue the growth and presence and add to the awareness of the AOBP to our wider audience.”

The AOBP revealed that it has boosted its membership to 30 lender members and 770 broker members, and launched the AOBP ComplianceHub in partnership with SimplyBiz.

David Golder of SimplyBiz spoke about the process of going through FCA authorisation, and Russell believes it is an area where the AOBP can smooth the waters by providing feedback.

“Regulation is inevitable and challenges as a result of the same will bring restrictions and potential nervousness in the market,” said Russell.

“I plan to be more proactive in imparting essential information. I will endeavour to seek what you wish to receive in return for [your] membership and over time deliver the same.

“As an association, I will strive for us to be more proactive, resulting in a trade body which is able to be more reactive to our members’ needs and requirements.”

Speaking of his time as Chairman, Rob said the association had done key work in representation, compliance, professionalism and education, and he wished further success for the AOBP.

“It just remains for me to thank everyone who has supported me as chairman,” said Rob.

“I wish Russell Martin, your new chairman, all the very best in the future.” 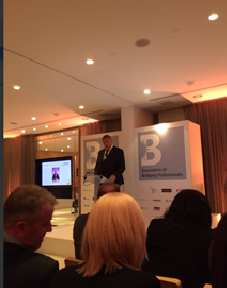 Rob also announced that Kit Thompson, Director of Bridging Finance at Brightstar, would be joining the AOBP’s executive committee.

“He’s very popular and he is one of the highest producing bridging professionals in the UK,” said Rob.

The AGM, which was held at St Martin’s Lane Hotel in London, also featured a speech from John Jenkins, CEO of Amicus, who revealed that the lender was in the process of becoming a bank.

The evening concluded with a speech from Gerald Ratner, Chairman of The Ratners Group and online jewellery retailer, Gerald Online. 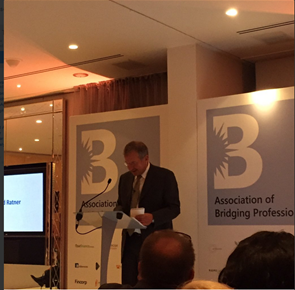 Gerald Ratner's story had everybody hooked

He told the audience about how he bounced back from his world-famous gaffe in the early 1990s.

Below are a few tweets from the event: 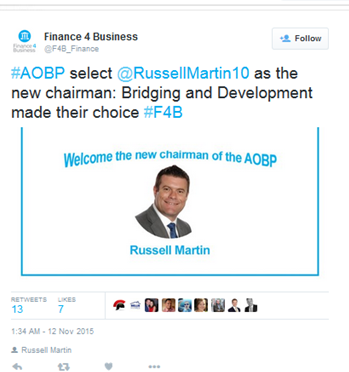 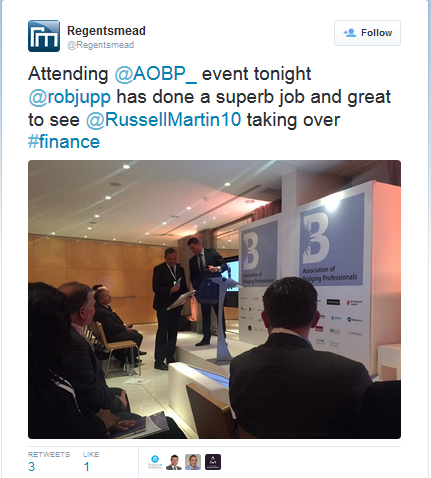 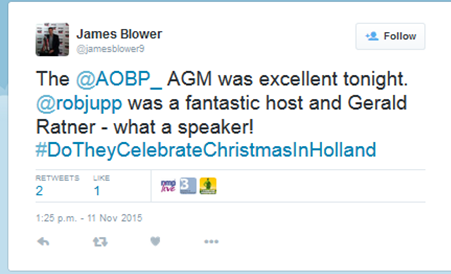 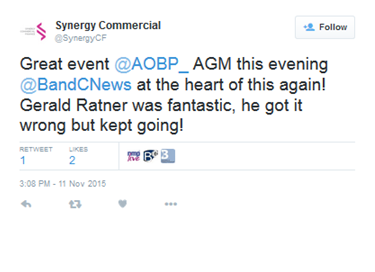 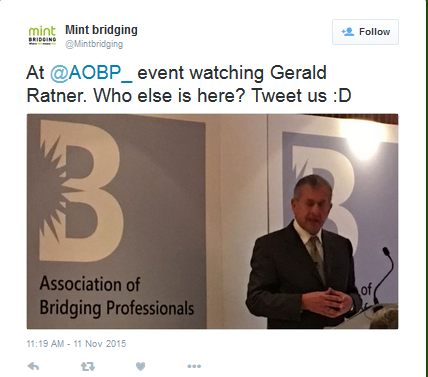 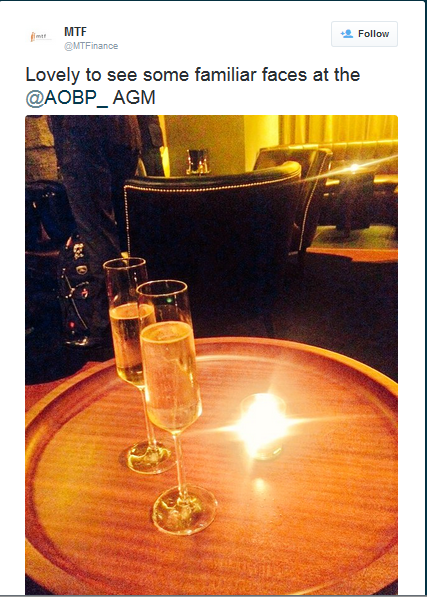 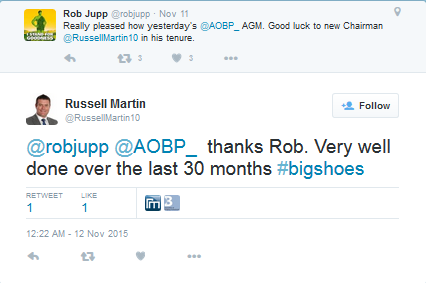